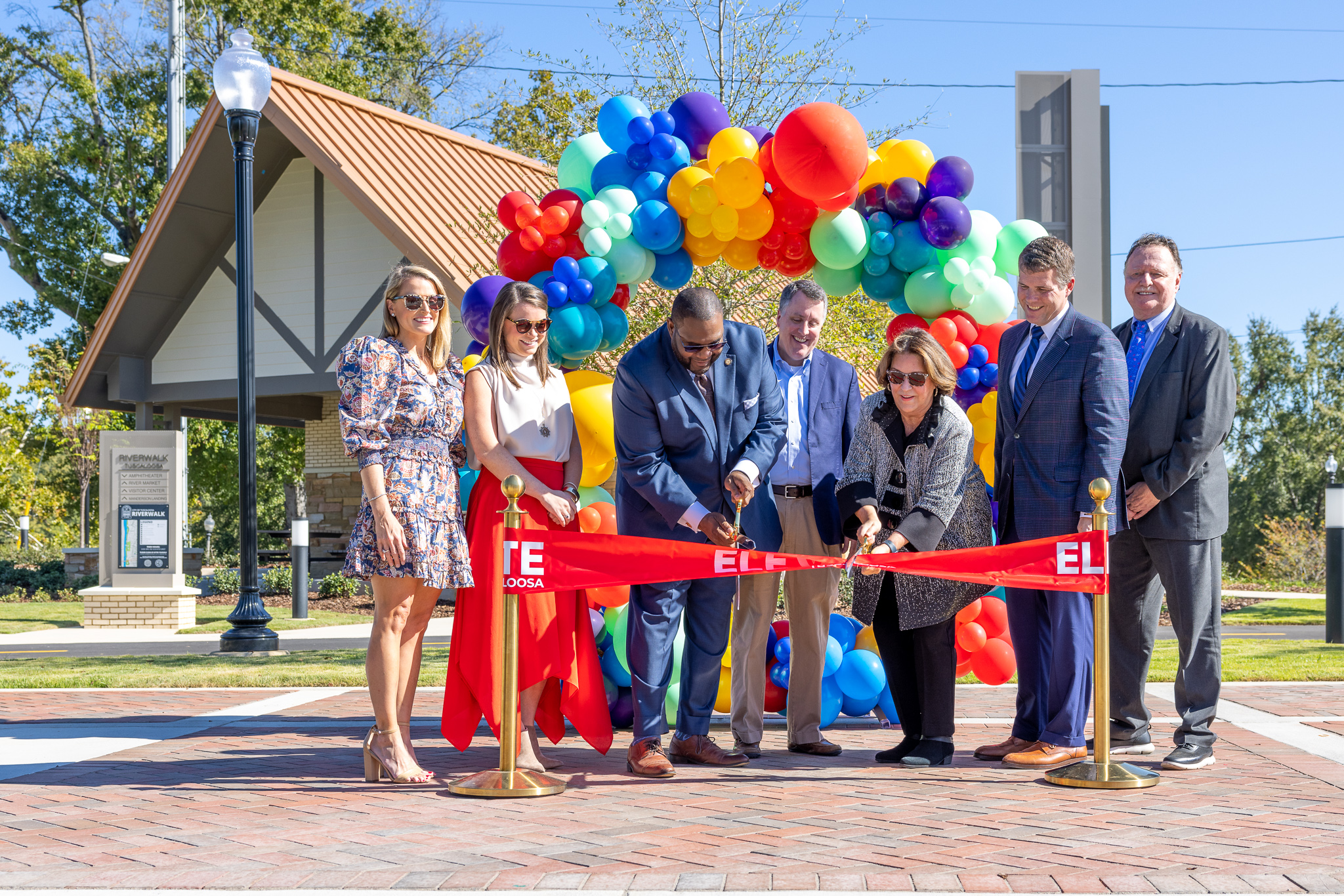 The City of Tuscaloosa held a ribbon cutting ceremony for River District Park on Thursday, October 6 at 10 a.m.

River District Park includes green space, river-viewing areas along the bank of the Black Warrior River, a plaza and an outdoor stage. The space also features color-changing RBG lights throughout the park and under the Hugh R. Thomas Bridge.

“I look at this park and I can see children up here acting in The Little Mermaid,” said Terry Saban. “I can see people on these steps watching the river go by and having a picnic and then walking up the hill to the new Saban Center, which will be an elite comprehensive children’s discovery center where children of all ages can spend the whole day.”

Construction of the park, funded by Elevate Tuscaloosa, began in November of 2021.

“Today is about a team effort, about a community through Elevate Tuscaloosa working with so many partners that I see out here, and working with the extraordinarily generous family that is the Saban family,” Mayor Walt Maddox said. “This park is a victory for Tuscaloosa, and it wouldn’t be possible without this team.”